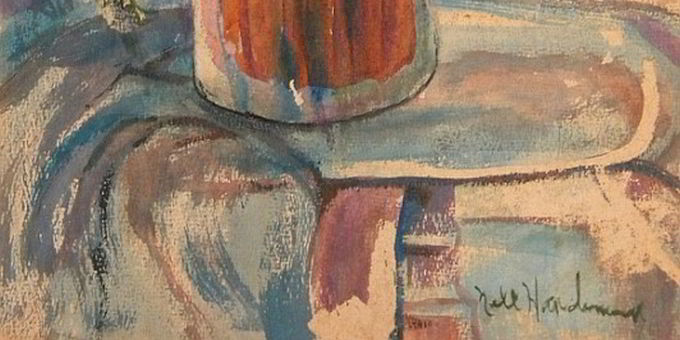 Nell Hardeman was a charter member of the gallery, served on the board of directors, chaired the Annual Waterfront Show for ten years, and taught watercolor.

The First Place awards in the Waterfront Show and the January Competition for members of the Society of Arts & Crafts are named the “Nell Hardeman Memorial Award,” which has been made possible in part through generous donations from her family.

Nell Hardeman was one of the many dedicated workers who have staffed the gallery, taught classes, and helped organize and run the Society of Arts and Crafts.

Nell was a member of the Watercolor Society of Alabama, the Montgomery Art Guild, and the Society of Arts & Crafts of Montgomery, and was accepted in many juried art shows sponsored by these and other art organizations.

She won many awards, including:

In 1979, she enrolled in a once a week art class at the Montgomery Museum of Fine Arts.

After the class closed, she went to evening classes at AUM for two years, studying under Charles Shannon. Through the years, she had private art classes and workshops from many nationally known artists, and continued to take two or three workshops each year.

Her subject matter was varied, and she painted it the way she interpreted it or felt about it. Her works are in private and corporate collections.

This is one of Nell’s paintings, signed in 1973. It is an acrylic wash on paper.

A cropped portion with her original signature can be seen in the header section of this website. 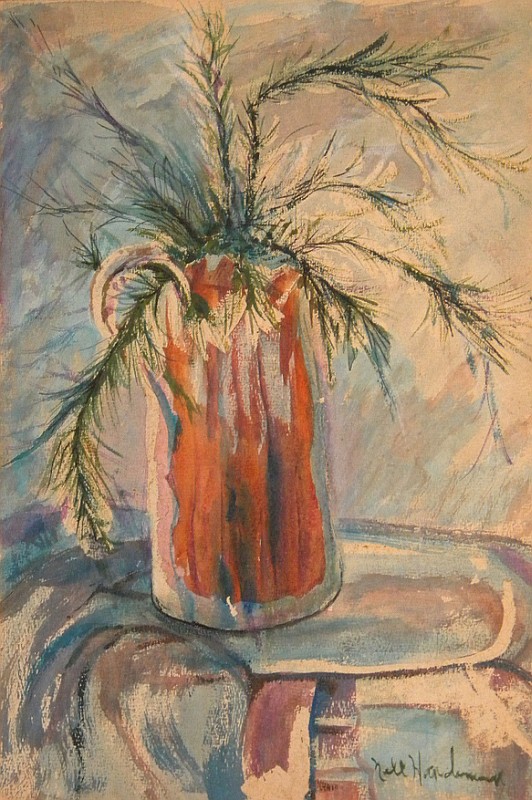